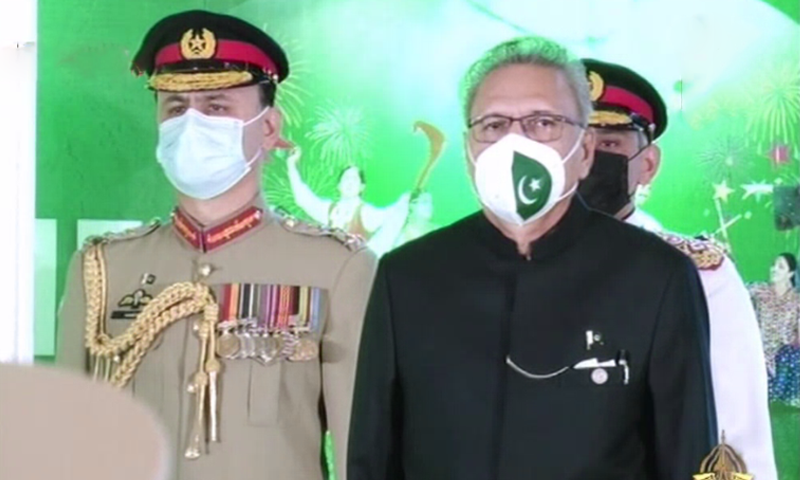 The celebrations of the 73rd Independence Day began with typical zeal and fervour all through the nation as change of guard ceremonies have been held at Mazaar-i-Quaid and Mazaar-i-Iqbal in Karachi and Lahore respectively.

Flag hoisting ceremonies have been held at personal and non-private workplaces all through the nation and specific programmes have been scheduled to observe the Independence Day.

Messages have been moreover launched by President Arif Alvi and Prime Minister Imran Khan, who recalled the sacrifices of the forefathers and people who fought for and laid down their lives in defence of the nation.

The president known as upon the nation to “stand firm and work for progress and prosperity” of the nation. He urged the of us to stay united to have the ability to meet the challenges that are being confronted by Pakistan.

Prime Minister Imran, whose message was posted in a assortment of tweets by the PM Office’s Twitter account, acknowledged that the day was “an occasion to pause and to reflect as to how far we have been able to achieve those ideals that led to creation of an independent state”.

He moreover paid tribute to “all those sons of the soil who laid their lives while defending and protecting territorial as well as ideological frontiers of the motherland” and pledged to “continue pursuing” the beliefs of the nation’s founder Quaid-i-Azam Mohammad Ali Jinnah.

“We have battled against odds both at external as well as internal fronts,” the prime minister acknowledged. “From the hostility of a neighbouring country, with its known hegemonic intentions, to the scourge of terrorism and from coping with natural calamities to fighting pandemics, our nation has always shown resilience and perseverance. Today, we reiterate our pledge to remain steadfast and embrace every challenge holding the torch of ‘Unity, Faith and Discipline’.”

The president and the prime minister moreover directed the nation’s consideration within the route of the “gross human rights violations” devoted by the Indian forces in Indian occupied Kashmir.

President Arif Alvi, in his message, acknowledged that the residents of occupied Kashmir have been struggling by the arms of the Indian forces for the earlier three a few years. He extra acknowledged that “gross human rights violations” by the Indian forces have intensified given that ruling Bharatiya Janata Party repealed the autonomy of the occupied territory remaining 12 months. He assured occupied Kashmir’s of us that “Pakistan will continue to support them in their just struggle for their Right to Self-Determination as enshrined in the United Nations Security Council resolutions”.

The prime minister acknowledged that the nation’s “heart [is] profoundly grieved by the sufferings of our brethren in IIOJK who are facing military siege since past one year”. He reaffirmed Pakistan’s assist for occupied Kashmir’s residents’ “struggle for their right to self-determination” and promised to spice up the issue on every dialogue board.